Auditing the paperwork on nitrogen losses across hundreds of farms could be the stuff of paperwork nightmares. But Rezare helped a client develop a simple to use, streamlined approach to remove the paper blitz, and meet the audit standard required of them.

AgFirst Consultants were contracted by a client to conduct and audit process that would ensure farmers were complying with the client’s needs around nitrogen losses.

“What we needed was a process to take a large number of Overseer files and audit them to ensure the correct protocol had been followed when inputting data to Overseer by farmers. It was essentially a process audit we were required to conduct,” says AgFirst director James Allen.

However the process was not limited to Overseer files alone, and multiple background documents accompanying every farmers’ file, including PDF and GiF files were required to be incorporated into the audit process.

“There was a mountain of data to merge, and it required a simple, easy to use programme to make it happen,” says James.

After a false start with another IT company commissioned to do that, James approached Rezare to come up with a technology solution.

“We had already learned a few lessons on getting software written as a result of that experience, but the experience with Rezare really took things to a more professional, quality level,” he says.

He says Rezare’s team were particularly effective at nailing down AgFirst’s needs at the initial consultation stage.

“Don Wilson and his programmers also had a good understanding of agriculture which helped a lot at that initial consultation stage. They had very good feedback loops in the consult stage to ensure they were hearing and understood what we were saying.”

The project had a tight two month time frame to work within, and Rezare came in on time and on budget. 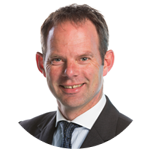 “We were delivered with a system that has proven very easy to use, with all the staff being able to pick it up quickly. It has only been subject to tweaking each year, but fundamentally is the same programme we started with”

Their client is impressed with the smooth audit workflow the software has managed to create, and the concise, detailed reports it generates.

Rezare also worked to help come up with an equitable subscription arrangement with AgFirst that reflects its usage pattern.

“We pay a monthly fee that reflects higher usage periods, and in the recess a lower fee.”

AgFirst also enjoys the convenience of having the service hosted on the Rezare server.

James says AgFirst have several other projects in the pipeline and he would not hesitate to engage Rezare again to develop the software for them.

“I think Andrew Cooke and his team at Rezare are really the unsung champions for what is going on in the agri-tech sector, they are behind a lot of the successful systems out there today.”